After roughly 2 and a half-some months of work, learning about the fundamentals of distributed systems in noisy cafés in Urbana, IL, then learning about the fundamentals of distributed systems at Recurse Center in Brooklyn, NY, while also balancing the dangerous act of being unemployed, having too much time, moving to a new city, and moving out of that new city fleeing the oncoming pandemic not even a month later back to the small town that I told everyone I would never come back to, I finished building the thing I originally intended to finish building . . . earlier. Along this journey I learned about the beauty of

I could’ve been much more efficient with my learning about distributed systems and building my distributed file system, but that wouldn’t have been any fun.

I wouldn’t have met so many amazing people who gave me the inspiration to pursue so many branching paths. Things like technical writing, speaking, or making blog posts tooting my own horn that only 3 people, who I explicitly asked to read it, will read.

I wouldn’t have gotten the experience of living in Brooklyn, something completely unlike anywhere I’ve lived before. A place where:

(Am I enumerating things too much? I don’t care. Nobody’s going to read this!)

I’m back in Urbana now. It’s warm again here. The sun sets later. It always smells of wood stoves, flowers, or bonfires, but not of urine. The people that I said goodbye to have forgiven me for the terrible things I did to them, thinking I would never return. We melt away the days together as we did before.

I can ride my bike for hours in the country and watch the sun set and the stars settle onto the clear sky, unobscured by tall buildings or the constant sirens and noise of ambulances and traffic, framed by tall prairie grass and endless open land.

My knees feel good. The ground here is soft. Not so much pain for me to worry about.

Squirrels chitter and bees buzz, wild chives grow dense in the grass in my yard and in public parks, I walk the same paths forever. Deer stand in the brush and watch me from far away.

Enough about Urbana! Who cares. 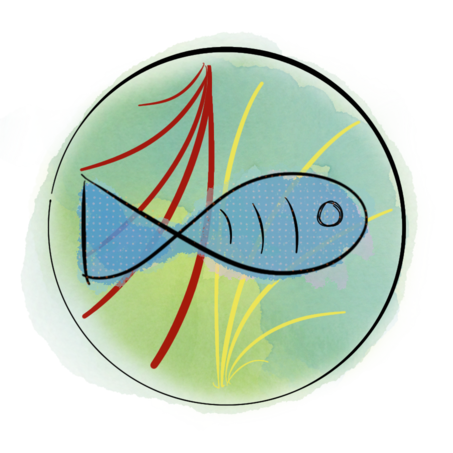 After getting a rough grasp of distributed systems I threw myself off a tall cliff into the task of building a distributed filesystem.

My design required three separate layers, each of which I built from scratch and are coated in an alarming amount of my own blood, creaking from the rust that accumulated as a result of my tears and sweat getting all over them. They are listed in order of their role in the placing of a user’s file onto the distributed filesystem. 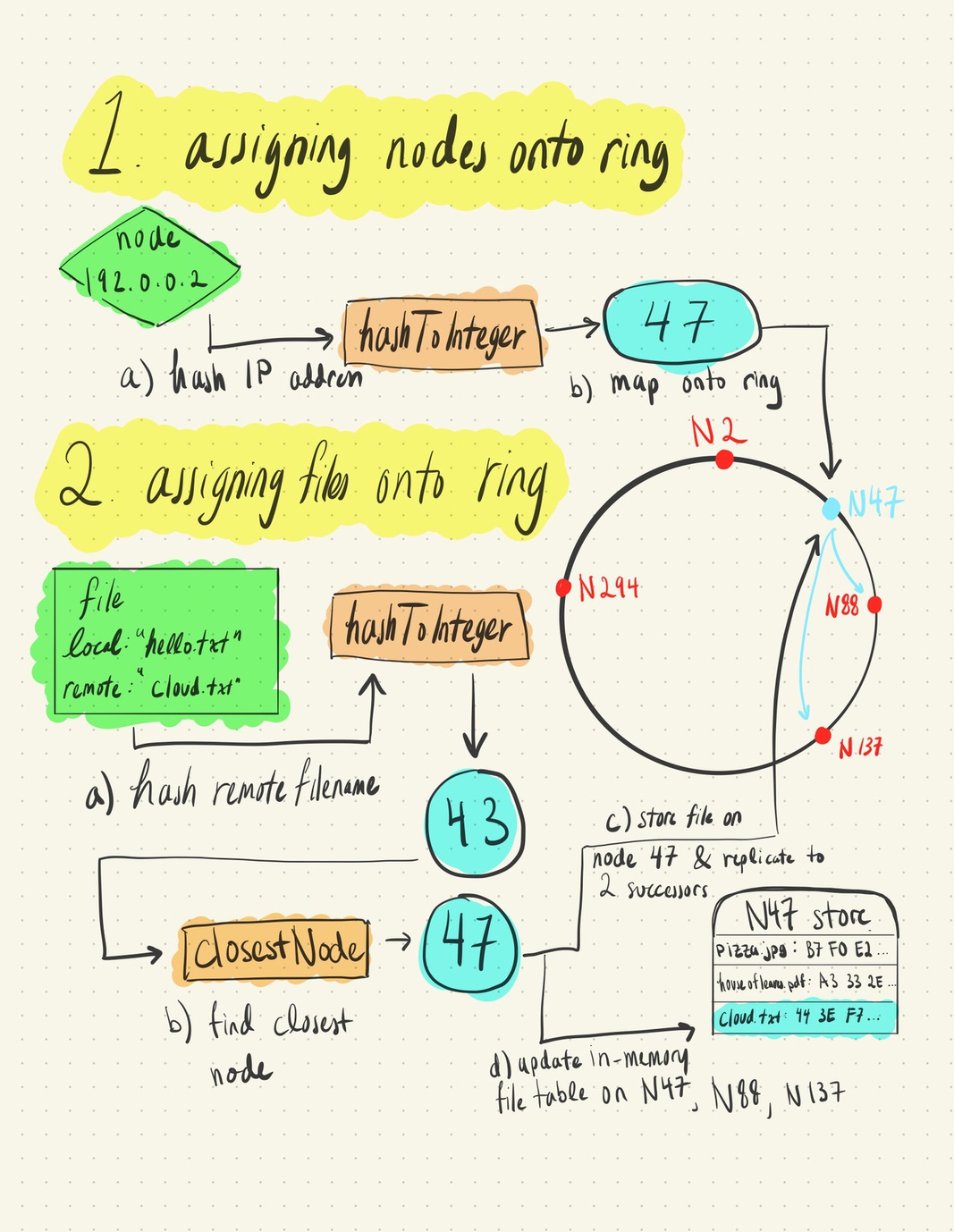 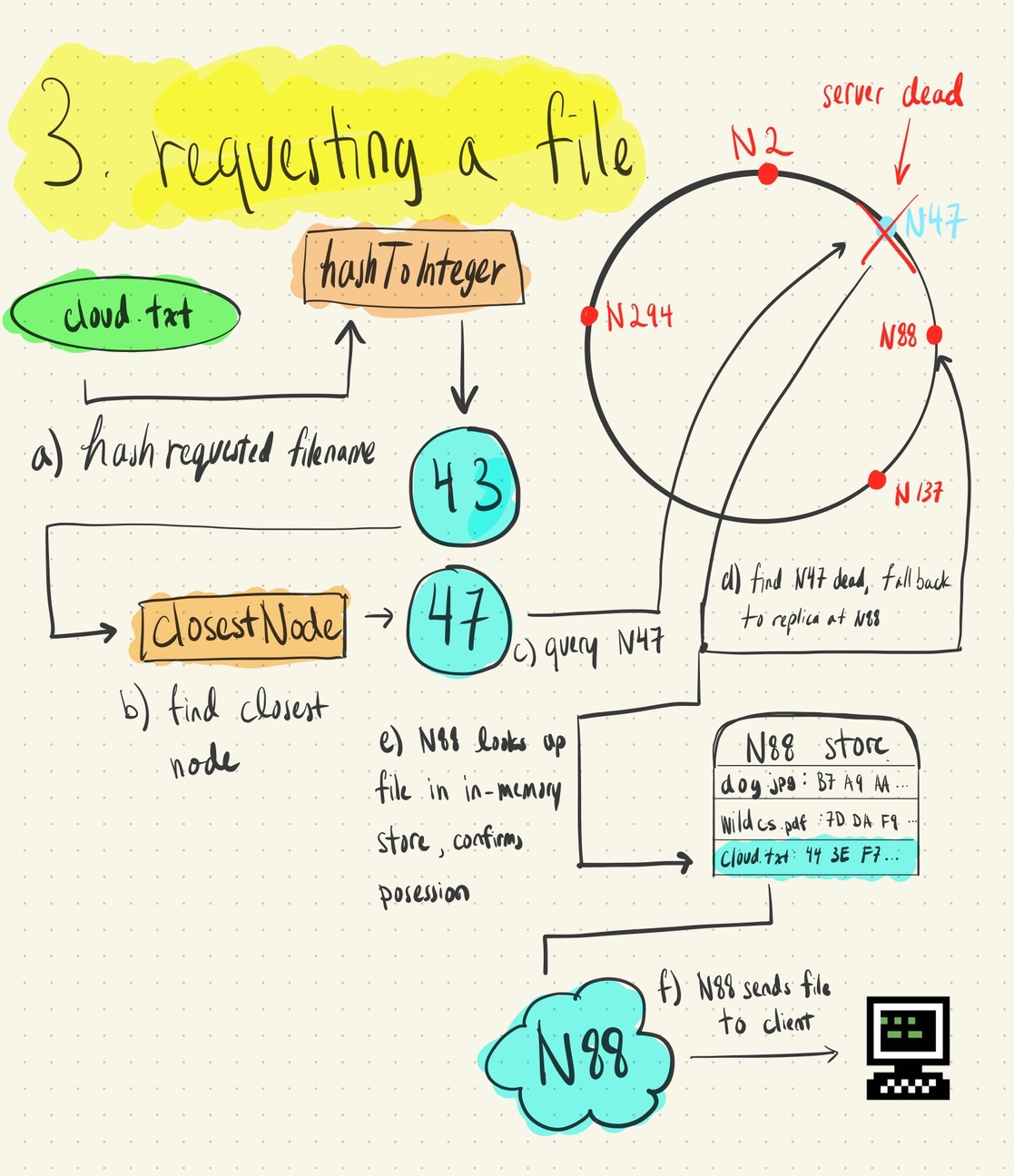 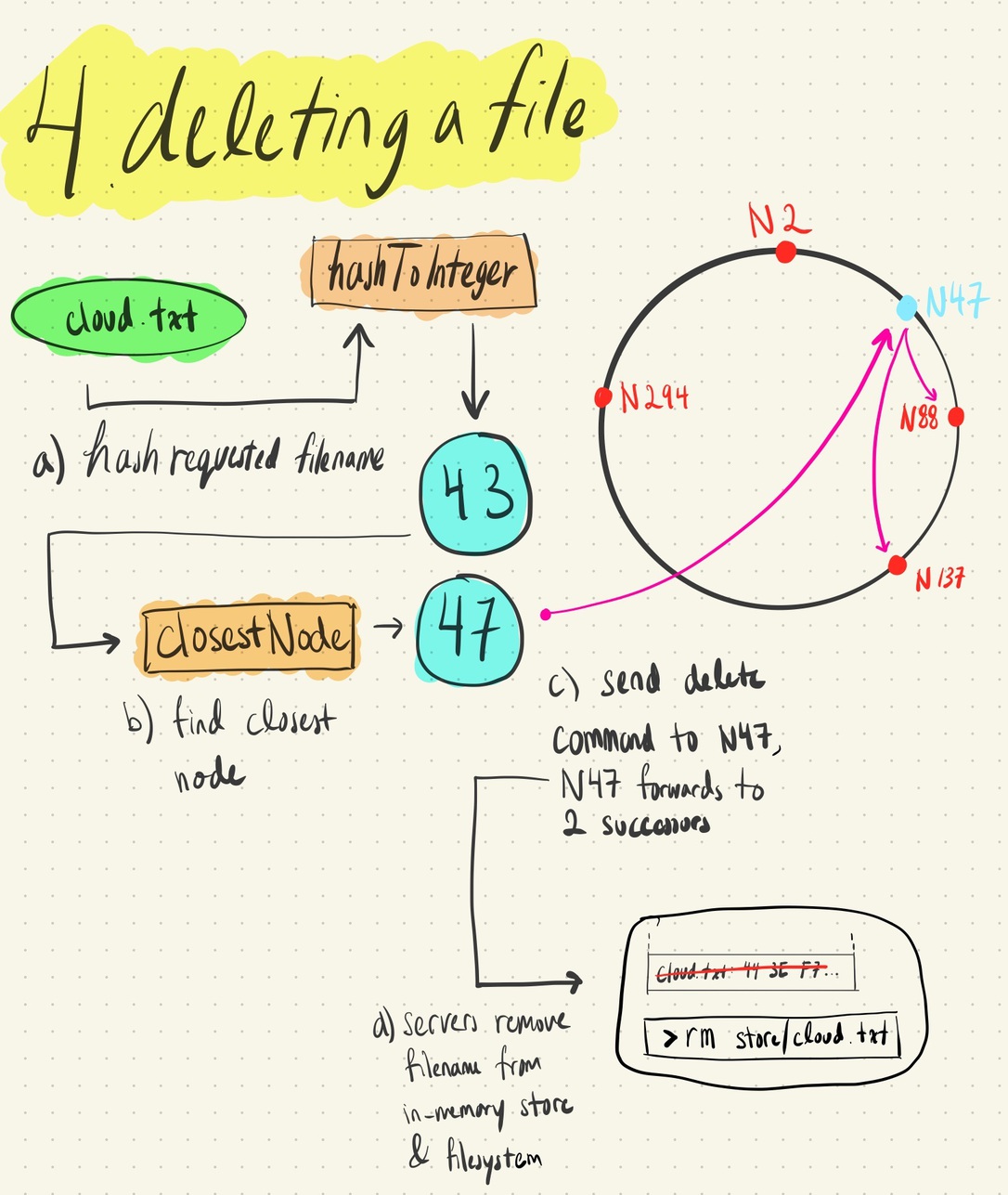 I emerge, covered in some strange fluid. I’m bleeding, although its not obvious from where. I haven’t eaten in days. . . . . *cough* *cough* “it’s over? it’s tolerant to some number of failures and nodes can recover from complete failures?” . . . . *cough* some blood comes out of my mouth *cough* “leader election works and clients are properly routed to the correct leader by non-leader nodes?” . . . . “nodes successfuly replicate files to their successors and file lookups on dead nodes are successfuly rerouted to those successors?”